Adaption of the renowned visual novel by Visual Art`s/Key.

Clannad is set in a high-school located in some Japanese town. Okazaki Tomoya is a third-year student who doesn`t take his studies seriously. Always late for class, he`s seen as a delinquent by the rest of his classmates who are busy preparing for their entrance examinations. Needless to say, he hasn`t too many close friends either.

Tomoya seems not to mind too - until one day he meets a girl, Furukawa Nagisa, who is left alone without friends on this school, because everybody she knew already graduated. What a clumsy girl, he thinks at first. But he can`t leave her alone and so, while helping her, he meets a few other girls from his school. Although he doesn`t care much about them at first, he soon opens his heart to them as they get to know each other better.

Review:
First of all, Ive got to say, I really love this anime. This is one of those animes that you just have to watch, regardless of your age. The only problem is that you might run out of tissues in your house when you finish watching this great show.


Story:
Like all other Key titles, Clannad has a pretty sad story. Its about a girl called Nagisa trying to rebuild the drama club even though it was disbanded due to insufficient members. The guy decides to help Nagisa to recruit members and to build up confidence. Little does he know that Nagisa has an (incurable?) illness, which meant that she had to repeat, which meant that all her friends before have gone off to a different school. Tomoya (the main character) also meets 5 other girls which all (including Nagisa) somehow made Tomoya change for the better.

I thought the story wasnt different from other romance/drama animes, and it sure sounded the same like all the other Key titles, but somehow, they managed to pull it off and it was a great success. Usually, shows that sound like all of the other romance anime (or any other genre) tend to either fail or tend to be average. But Key still comes out on top.

Story Rating: 10/10
Excellent story telling and compelling drama. What more do you want?

I have two words for the art of Clannad: Absolutely Spectacular. Now, now, their characters could have been a bit better but one thing that really struck me was the backgrounds. They were drawn really well and the lighting of it all gave it that extra touch. I especially liked the Another World backgrounds, especially the room where the robot and the girl tend to be. Even if it had barely anything in it and even if you couldnt see much, I thought it embodied the scene pretty well.

The characters, well, they were all right. Not to say that they were bad or anything, since they were really nice. I am a bit (actually VERY) picky with character drawings so dont expect a The character drawings were of a very high standard comment anytime soon. However, one thing that really struck me with the characters was their eyes. Ive never seen eyes being drawn like that so I guess that was a plus. They were unique and I doubt there is an anime out there that had these kinds of eyes.

Wow. I love the background music of Clannad. There isnt much to say about it except it being really excellent. It fitted the story and the settings pretty well. My only nitpick would have to be that they reused the music from the game, and that they didnt make a brand new music for Clannad. But since the soundtrack of the game was really good, I decided to let it go XD.

Sound Rating: 8/10
One of the highlights of Clannad. From quirky BGMs to heartwrenching ones. This is something to replay on your mp3 player.

Clannad was thoroughly enjoyable, and not once did I not want to drop or put the anime on hold. It is one of those animes that make the time go fast since its really good (and not a lot can do that for me) and at the end of each episode youd be saying: Wow, 30 minutes already? It was funny, it was sad, it was an emotional rollercoaster. I loved every minute of it.

Enjoyment Rating: 10/10
Absolutely enjoyable. To the unique characters to the funny scenarios. It was truly one of the best.

Clannad is one of those animes that you will never forget. I suggest you stop all your downloads, and make Clannad your first priority. You will never regret it. Well, maybe you might regret not buying enough tissues to last you 25 episodes. 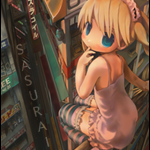 I can see that since you have a Tomoyo Avvy XD

whoa clannad o.o
it reach the number one in my anime rating up until now

i do really really love it xD
the story's soo great, and the show is enjoyable
there's scene where we can laugh, and there's serious scene where some shed their tears

but i don't like the movie, i like the TV series, but the movie's not that good for me =( 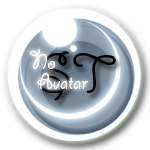