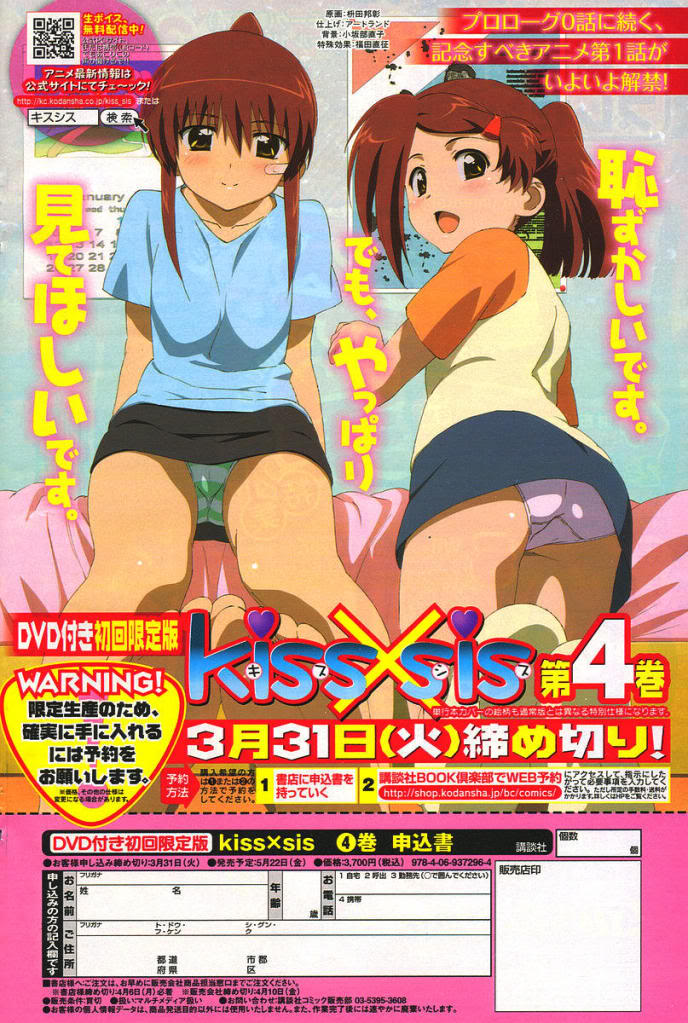 Description
Keita has two step-sisters (without blood-relation) who love him in a lustful way and have no problems expressing it, they even are in competition about that. Much to the laughs of his friends, he endures it but when one day they come to his school to give him his lunch, he gets annoyed and explodes on them, then they confess their feelings for him in front of everyone and leave. Feeling sorry he chases after them and says that he'll study hard in order to get in the same highschool as them.

My Opinion:
Well i love anything that ecchi if you think about it, but this series is just HILARIOUS! and i just can't get enough of it!
The series has been rather popular lately, and more and more OVA's are going to be released [so far 1 OVA and it was AWESOME] next one is coming out soon in late May [May 22nd i think], the only thing i don't like, is the fact its a monthly releases in japan & its difficulty to gain access of raw scan (Partially a reason why its late releases) so expect the chapters to be released in either groups or veeeeeeeeeeeeeery slowly. This also goes along with the OVAs as its teh production of teh OVA's depend on the popularity of the Manga through polls in the magazine. Back to the Manga/OVA's themselves, They are like what i said earlier which is: ITS FRIGGEN HILARIOUS, and in many cases (if your a guy or very yuri) you wish to be in Keita's(protaganist) Situation.
Also in most Harems ppl often always favourite 1 female lead character, but in this case, its very difficult to determine ywho you like most as the story develops (i rmbr liking Ako first then switch to Riko & then giving up & like both of them)

it gets hard to decide eventually = =so i decided to stick with both,....

i like riko's characteristics better >=3
yeah true, the 2nd ep will air on may 22 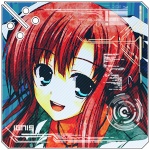